Sometimes following your dreams requires taking a leap of faith.

That’s exactly what Christopher Locke did when he decided to write the YA book series, The Enlightenment Adventures™. After working for over a decade in the television industry, Christopher left his job to pursue his true dream of writing his own projects full time.

When he came up with the idea for The Enlightenment Adventures, he dedicated all of his creative energy to this story. With the loving support of his wife (who edited the books, among many other things), he spent five years writing, rewriting and going through the at times overwhelming publishing process.

The end result is Persimmon Takes On Humanity™ and Vincent and The Dissidents™ — the first two of three books in The Enlightenment Adventures, and the perfect combination of his two great passions in life: storytelling and animal issues.

Christopher’s love of writing started at a very young age. Then, many years later when he read Fast Food Nation in 2004, he came to the life-changing realization that an essential part of being a compassionate person is treating all living creatures with equal respect. So, he subsequently became an avid animal advocate—enjoying a delicious plant-based diet, living a cruelty-free life, and volunteering for numerous organizations that make the world a kinder place.

The Enlightenment Adventures is the beginning of a new, exciting chapter in Christopher’s life where he gets to pursue his passion as a writer, while also inspiring others to make compassionate choices in their lives.

Christopher honed his skills as a writer at the UCLA School of Theater, Film and Television.

He has a soft spot for any melancholy tune with a piano in it, immediately bonds with anyone who shares his same dry wit, and loves singing… when no one is listening.

His favorite moments are those spent with his two delightful dogs, Tin Tin and Tamarind, and a mischievous cat, Cupcake. 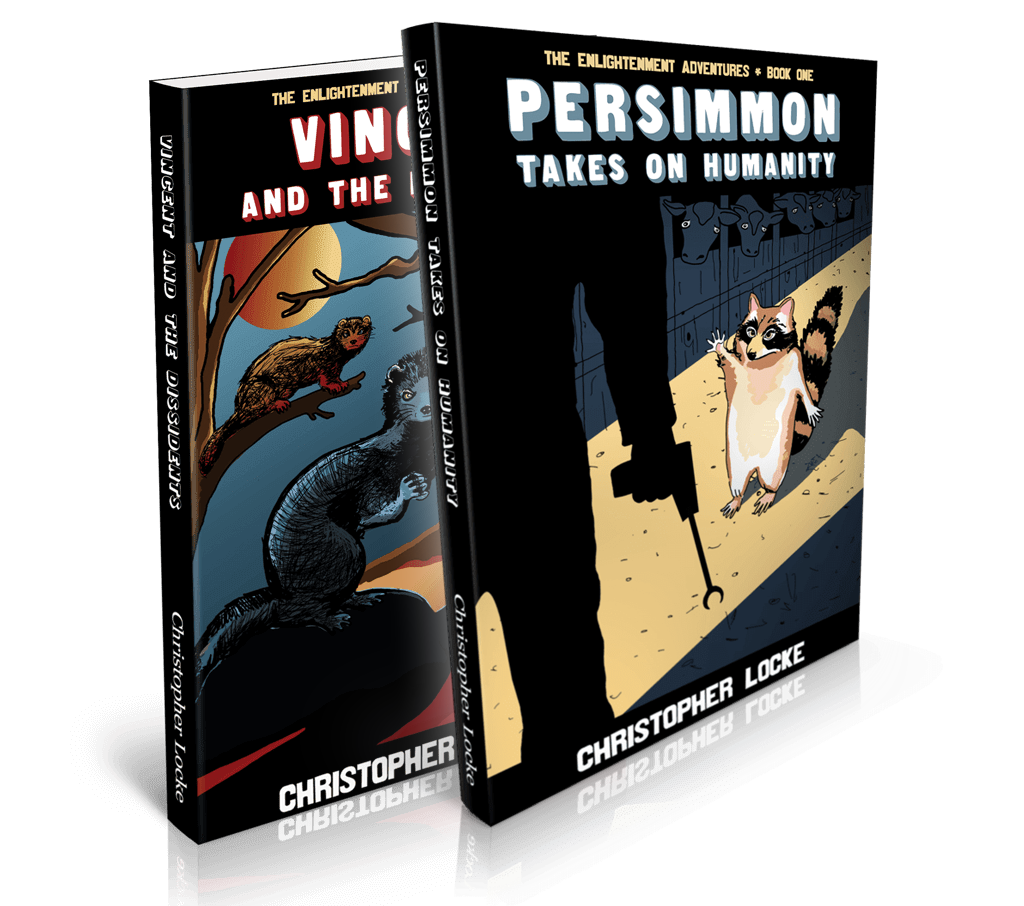